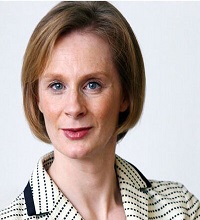 (@annemcelvoy) Anne McElvoy is the Public Policy Editor for The Economist, Executive Editor for the London Evening Standard and the newspaper’s political columnist. She began her career at the Times, covering east Germany, German unification, the Balkans and Russia before becoming Deputy Editor of the Spectator and political columnist of the Daily Telegraph. Ann also presents the BBC arts and ideas programme “Night Waves” and is a regular panellist on the BBC Radio 4 “Moral Maze” and BBC2 “Review Show”. She is also the author of “The Saddled Cow, East Germany’s Life and Legacy”.

Polis is the LSE's media think-tank, a part of the Department of Media and Communications aimed at working journalists, people in public life and students in the UK and around the world. More Info